Dubbed New York City’s “professional pizza expert," Scott’s passion for pie led him to start Scott’s Pizza Tours – and there’s nothing else quite like it. Over the last six years, Scott has conducted over 2,000 pizza adventures throughout the Big Apple, showcasing the city’s top pizza spots to over 33,000 tour guests to date. He's even made time to write a book (and an awesome one at that). 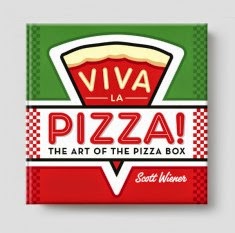 But Scott’s “fervor for the flavor” doesn’t end there. He’s scoured the globe, visiting over 50 countries in search of the most unusual pizza boxes – a hobby that recently landed him a Guinness World Record for world’s largest pizza collection. From Australia to Thailand, Scott has over 750 boxes… and the GreenBox just happens to be one of them. :) 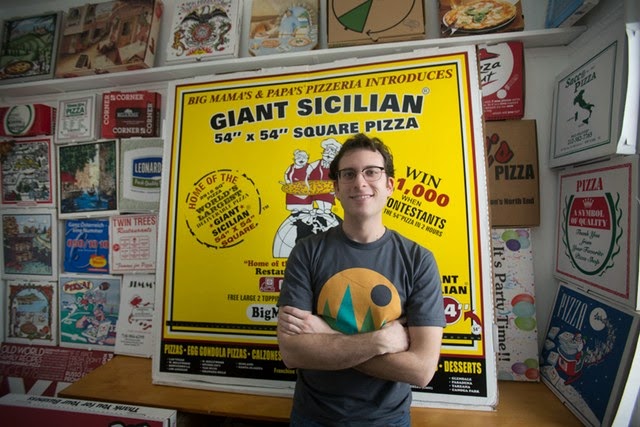 Six years ago, Scott stumbled upon the GreenBox at Arturo’s Osteria & Pizzeria, and it was a match made in pizza paradise. We couldn’t be prouder to have the GreenBox among such a unique collection, owned by the one guy who’s as obsessed with pizza as we are.

Check out his blog post below, and keep on pizza-ing on. 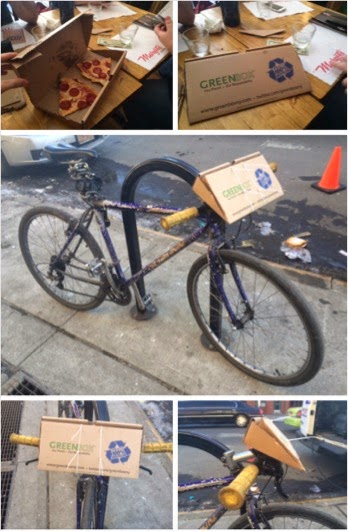 "If you haven’t heard about the GreenBox, you need to check it out. It’s a pizza box that transforms into 4 plates and a slim container for your leftover slices. It was just featured on Shark Tank! I saw one in the wild today at Emily, a rad pizzeria in Clinton Hill (Brooklyn) during a fantastic service of the Margot’s Pizza pop-up by Adam Kuban.

The leftover slices ended up in my care, so it was the perfect excuse to use the GreenBox for its greatest power: the pizza carrying case. I ran into a bit of a snag when I realized I was traveling on bicycle, but that was easily solved with a few zip ties."
Posted by The GreenBox from Ecovention, LLC at 5:28 PM