Red, Green & Reindeer All Over

Just ask the Aussies, who top their pies with good ‘ol BBQ – and extra crocodile.

Yeah, we said it. Forget the pepperoni. Down under, kangaroo is king. 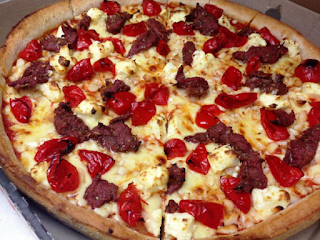 But they’re not the only ones putting a spin on this saucy staple.

In India, they’re mad about mutton. Which, if you didn’t know... is minced sheep. Perfectly complimented by pickled ginger and cottage cheese.

To each his own, right? 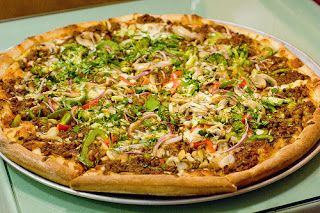 Now, we might be partial to extra cheese, but in a world where 5 billion pizzas are consumed annually - you've gotta expect some variation (even if this does mean swapping out traditional sauce for ketchup).

...Not gonna lie, that stings a little.

Anyway, we digress. Check out some of the ways the world is "thinking outside the pie". Caviar included.

Cold pizza? We thought that was only for breakfast. And midnight snacking in the dark when no one's watching. Don't judge.

But, the Russians prefer their pizza chilled at all hours – topped with mockba (a "four fish" combo of sardines, tuna, mackerel, salmon & onions). 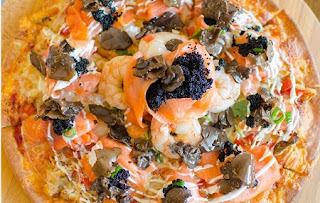 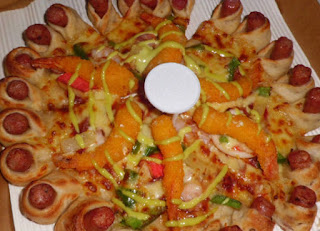 In these parts, "Pizza Berlusconi" is a delicacy. This combo of smoked reindeer, onions  & chanterelles (aka golden mushrooms) looks pretty good to us. But, better not tell Rudolph. 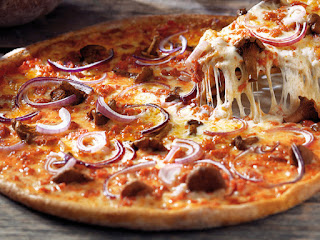 Brazilians are also best-known for their dessert toppings - ranging from fresh plantains to "guava paste." Who even knew that was a thing? 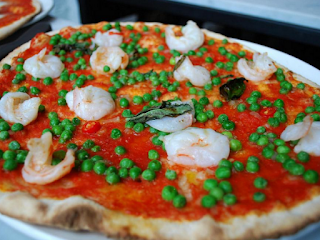 In Germany, canned tuna is a go-to. Mix in some onions & olives and you’ve got yourself a fishy favorite. 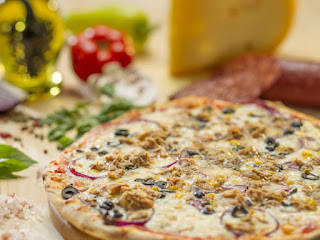 Even in Japan, Domino’s delivers. Their most popular pie is a “mayo jaga” – a mayo, bacon, onion, corn & potato pizza. Oh, and it’s not uncommon to tack on some eel or squid. You know, just to keep things interesting. 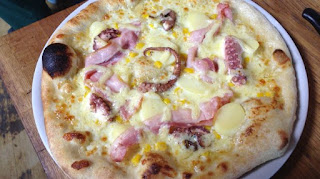 For the Swedes, curry is classic. Paired with ham, sweet bananas & pineapple rings, it's a tangy twist on the Hawaiian pie. 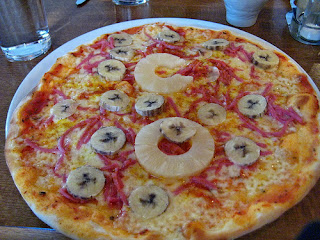 Is it just us, or does the phrase "blood sausage" freak you out? Regardless, Brits love it on their pizza - creepy name and all. Mushrooms, baked beans & bacon complete this "full English breakfast" style pizza. 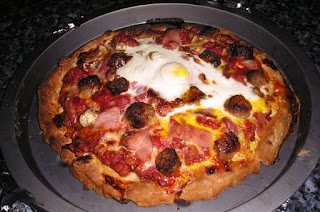 So, tell us. How do you like your slice?

Posted by The GreenBox from Ecovention, LLC at 3:26 PM