We could fill 730 football stadiums a year with the food we throw away.

You heard that right. Across the U.S., 40% of food is tossed annually. That equates to over $165 billion of wasted meals – while 1 in every 6 Americans go hungry. 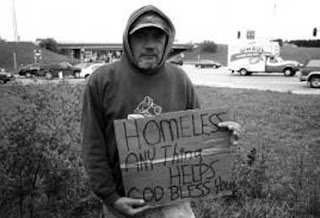 What’s wrong with this picture?

Maybe the fact that the 1.3 billion tons of food we waste each year would be enough to feed all the hungry in the world… 4 times. Or that, if discarded food was a country, it would be the third-largest producer of carbon dioxide in the world.

It’s time to acknowledge the top three myths that help contribute to food waste. Then, we must ask ourselves: Which am I guilty of believing? And, most importantly, how will I make a difference?

We’ve all been there. Your morning bowl of Cheerios is begging to be drenched in a sea of fresh, cold milk. But it’s “best before” two days ago, so you and your Cheerios are out of luck. Because who wants to start their day off with a hefty dose of food poisoning?

But, according to the Natural Resources Defense Council (NRDC), that carton of milk is best before… well, whenever your nose and taste buds say so. And – for non-refrigerated foods, there is no difference in taste or quality after the expiration date.

It’s a fact: most dates on products are simply an indicator of peak freshness, not edibility. Oh, and what about “sell by”? Surprise, surprise… it’s a marketing tool that ensures proper turnover in retail stores.

But confusion over “sell by” dates causes 9 out of 10 Americans to toss their food, good or bad. While your box of easy mac might be “expired” this June, we promise it’ll taste just as creamy, cheesy and delicious a whole year from now. Even eggs can be consumed well past those arbitrary sell by dates.

Your best bet? Go grandma-style and practice the good ‘ol fashioned sniff test. Your Cheerios, your wallet and your full belly will thank you.

26% of produce never makes it to grocery store shelves. Why? Because it’s ugly.

Due to retailers’ strict cosmetic standards, that lumpy carrot or bumpy tomato won’t even see the fluorescent light of day. The smallest blemish will have it cast aside like a leper, despite being both perfectly tasty and nutritious.

So, where does this freaky fruit end up? The mouths of the homeless? The tables of the hungry? Not even close. It’s transported to landfills… by the truckload. The worst offender is the potato, with 35% getting the boot for its flaws.

Wait – are potatoes even “pretty” to begin with?

Up to 30% of a farm’s harvest succumbs to the strict beauty standards of the produce aisle. And, if the farmer complains, well – the store will just find another farmer.

Who isn’t a little bruised, misshapen or a tad discolored (think lobster-like sunburn)? In a world with more than enough judgment to go around, our green beans shouldn’t have to face it too.

80% of corn grown in the U.S. goes to feed livestock – a process that involves massive amounts of fossil fuels and the destruction of forests for farmland.

All the while, food scraps are bee-lining it to the dump, converting to methane (a greenhouse gas 20 times more potent than carbon dioxide) along the way. Since when did it become taboo to feed our animals “people food”?

According to the Environmental Protection Agency (EPA), boiling scraps at high temperatures makes them safe for animals to consume – and brings farmers back to an age-old tradition (humans have been feeding animals food scraps for thousands of years).

So next time you find yourself with a stale loaf of bread or some leftover brown rice, think of your backyard buddies. They’re sure to appreciate it.

Eat ugly food. Eat or, better yet – donate your leftovers. Juice your old produce. Plan your meals. Make use of the freezer. And remember: 868 million people across the globe go to bed hungry each night.

Posted by The GreenBox from Ecovention, LLC at 5:29 PM